I Swapped a University Degree for a Croupier Training School

My mum has always pushed me into getting a university degree. But which 18-year-old listens to their parents?

I did sign up though. Suffered through the first year. And gave up. Mum wasn’t impressed.

I studied a degree in English philology which is the study of oral and written language. It was the most boring thing I have ever done.

Degree in a language doesn’t teach you anything handy like actually using the language. I soon found out that if I want to learn English well, I’ll have to forget about this pointless degree and move to a different country.

I found something interesting – a croupier training school which was literally next to my faculty building! Coincidence?

I’ve made a decision that most people, now including me, would describe as utterly rushed and research-absent. I guess you get away with a lot of irrational decisions when you’re 19. I don’t think it would work out now – in my early thirties. I’d pay a dear price for the lack of thinking.

Trending
Your Perfect Employee Comes From a Casino Industry

I didn’t even know what a croupier was then and that’s definitely a thing I should have researched a little more because their job is to add up. All my life, my grades in Maths have been C’s, nothing else. I was able to pass the final Grammar School exam only because the government in Czech Republic cancelled mandatory Math exams that year.

So, I signed up and went through 8 weeks of intensive training that made me question my own sanity. It was a full-time “job” – 8h a day, Monday to Friday and I started having number-related nightmares within a week.

We learned how to spin the ball which occasionally resulted in bruises on our foreheads, especially at the beginning.

What a dolly was – apart from the famous cloned sheep, it’s a little plastic pin (metal in some posh places) that croupier puts on a winning number on roulette to prevent sneaky customer’s fingers from adding more chips and claim higher winnings. 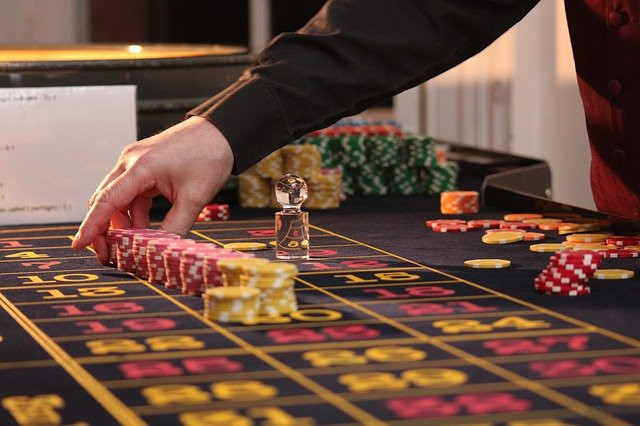 We also learned how to pick up chips really fast. Well, some of us did. I’m still bad, 12 years later. And having a year-long break probably didn’t help.

How to “cut” chips down neatly in the piles of 5. I’ve found out that my left hand is a lot more skilled at this even though I’m right-handed. But that shouldn’t have been a surprise since I was laughed at on many occasions during my childhood when holding any sport equipment the wrong way around.

The skill I was most excited to learn was the cool way to shuffle the cards. That didn’t last long, as I soon found out that you can only do it on a special type of “carpet” which we call a layout, and it’s the soft fabric that covers every gaming table in a casino. My anticipations of learning a new pub trick have been shattered. (I can’t wait for the comments telling me that it’s really easy to do it on a wooden table – I told you I wasn’t very good).

I also finally started using English! The main teacher at the school was a British gentleman who taught us everything we needed to know about British humour and that it’s absolutely normal to take the mickey out of people you’re meeting for the very first time. That was the most valuable lesson I learned in that course! It proved useful on regular basis after I moved to the UK in the spring of 2010.

I could have chosen the city where I was going to be sent but since I didn’t know much and wanted to leave as soon as possible, I told them to just send me wherever the opportunity arises first. It turned out to be Liverpool and nobody bothered to warn me about the incomprehensible accent. 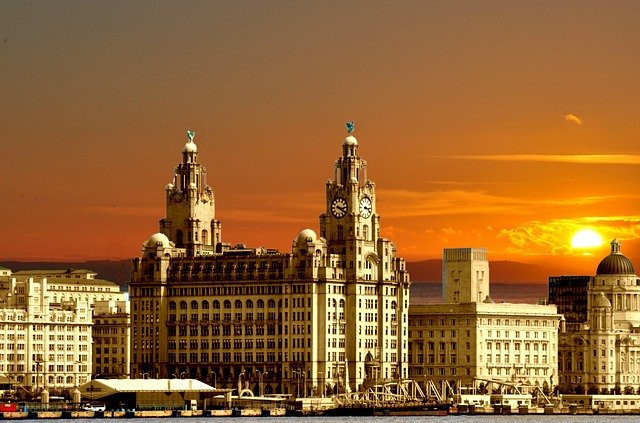 They were kind enough to pick me up at the airport. I was met by a girl and a man who led me to a black SUV. That didn’t look good, I admit, but more than the car, I was worried that I might have somehow landed in a wrong country. I spent the whole journey from the airport deciphering the language those two were speaking. As far as I was concerned, it wasn’t English.

They, however, took me to the address I’ve given them on a piece of paper and I successfully established that I am not being kidnapped and nobody is after my kidneys.

For the first three months, I had no clue what anyone was on about and, looking back now, I don’t know what led me to this insane decision. I have put myself in hands of complete strangers and I regret nothing!

Or Circus Casino, as it was called when I first started.

The staff of my first work-place in Liverpool was nothing but nice to me and showed incredible levels of patience towards my inability to grasp the intricacies of Scouse English. I am extremely grateful to everyone who helped me and made the start of my journey in the UK a lot less lonely.

I’ve had so much fun over there and I have nothing else but fond memories, apart from that one time when a manager Gary made me cry. He was funny the rest of the time, so I forgive him.

I have given out so much money in that casino that they printed me a special name tag that read “disaster” in my native language (Czech). Some casinos are quite superstitious and think it’s the croupier’s fault when the table is losing money.

In Liverpool, I have learned everything I needed to know about British culture, language and humour which no university could have taught me.

I am now thinking about finishing my English degree here in the UK. I’m not trying to say that university is a waste of time. But at some points in our lives, the school of life is just a lot more important. University and degrees can wait.

If you enjoyed this one, you can read my other article which describes what is it like to work in a casino which has been published in Infinity Gaming Magazine in January 2021.

Author: admin
Filed Under: Casino Articles
Your Perfect Employee Comes From a Casino Industry
A Couple Of Things I Learned As A Croupier

Searching is in progress